Situation
The Lubbock Professional Police Association faced a dilemma: Lubbock police officers were underpaid, especially compared to other police departments in Texas. This lower pay caused long-term officers to leave for less-stressful and higher-paid jobs. This resulted in an increasing number of less-experienced officers facing complex situations in a city where violent crime rates are among the highest in the state. The public was likely ignorant of how dire the situation was—and could possibly get.

Objective
Make the public aware of the disparity in police pay between Lubbock and competing markets. The public also needed to be informed that there were funds available within the city budget so that police pay could be positively affected without a tax increase for Lubbock citizens.

Solution
TPG recommended a campaign theme entitled, Boost Our Blue, indicating that Lubbock’s men and women in blue need our support. The use of OUR implied that the police force—and therefore this issue—are ultimately the responsibility of the community; that the citizens needed to take ownership and action. Action was defined as a call to contact city council members and the mayor to let them know that the community was in support of Lubbock police officers.

Results
The Lubbock Police Department received a 16% raise for new officers and 12% raise for existing officers—well above any anticipated result. This issue became a major topic of discussion in the community, and the public responded in support. 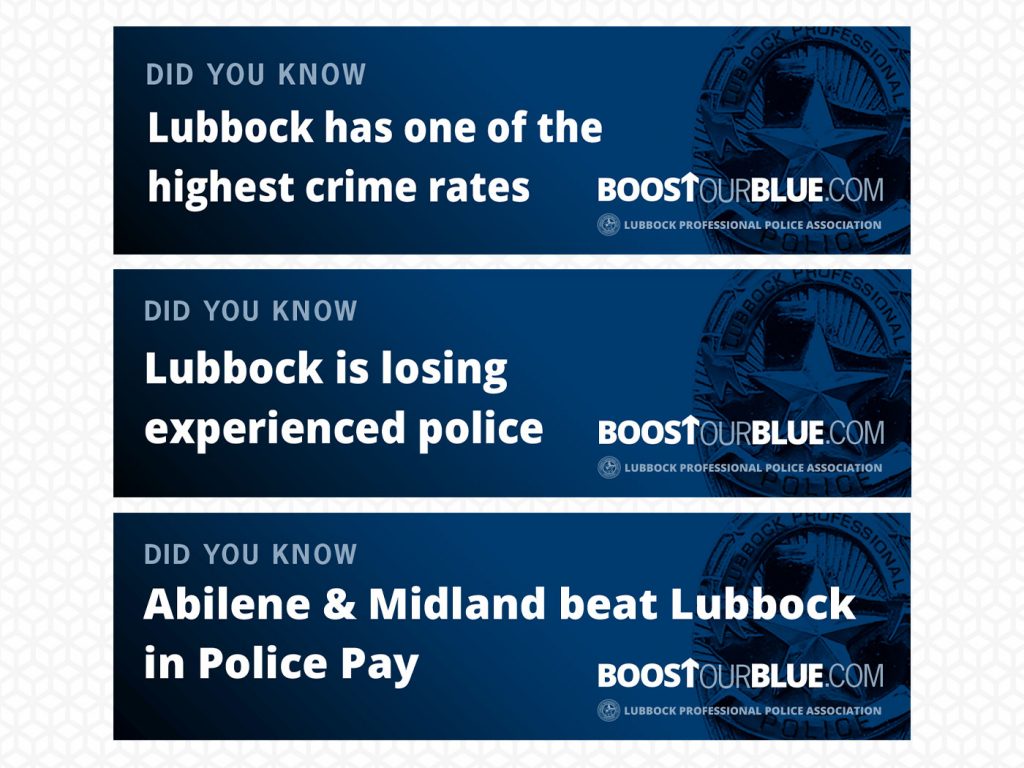 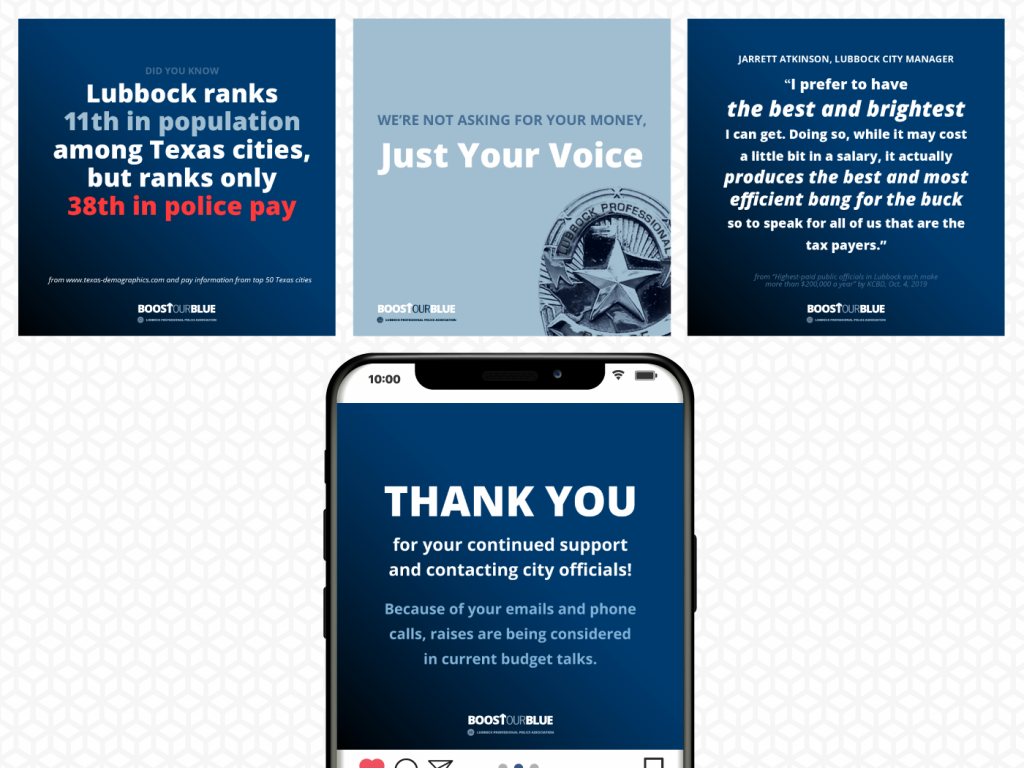 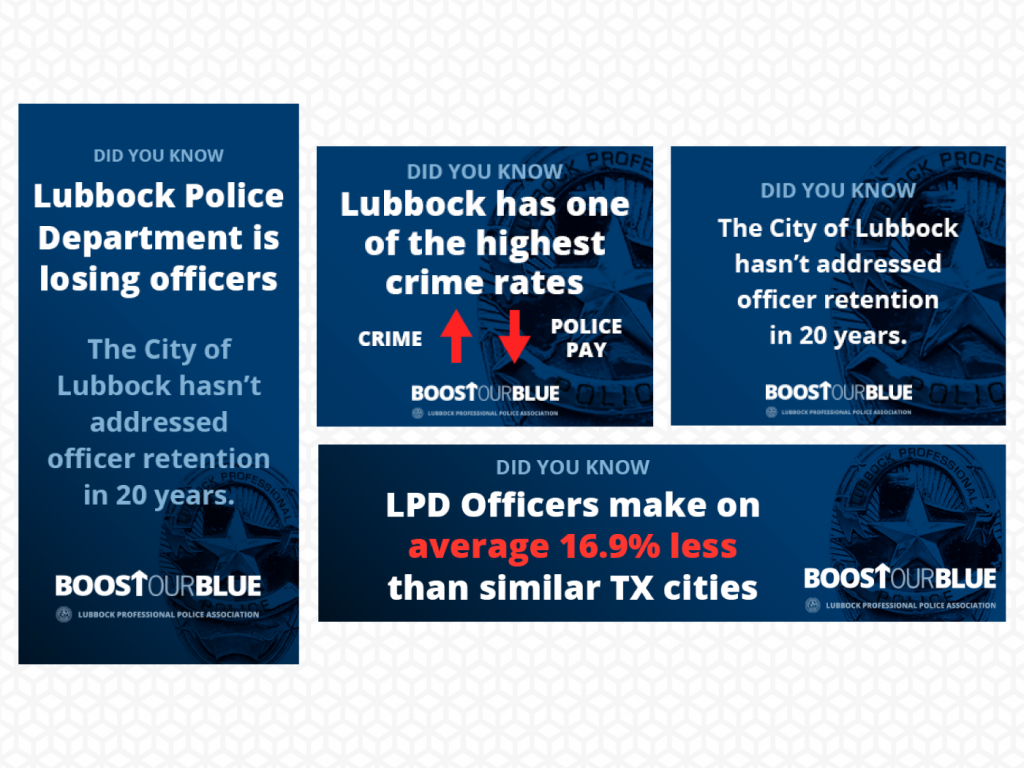 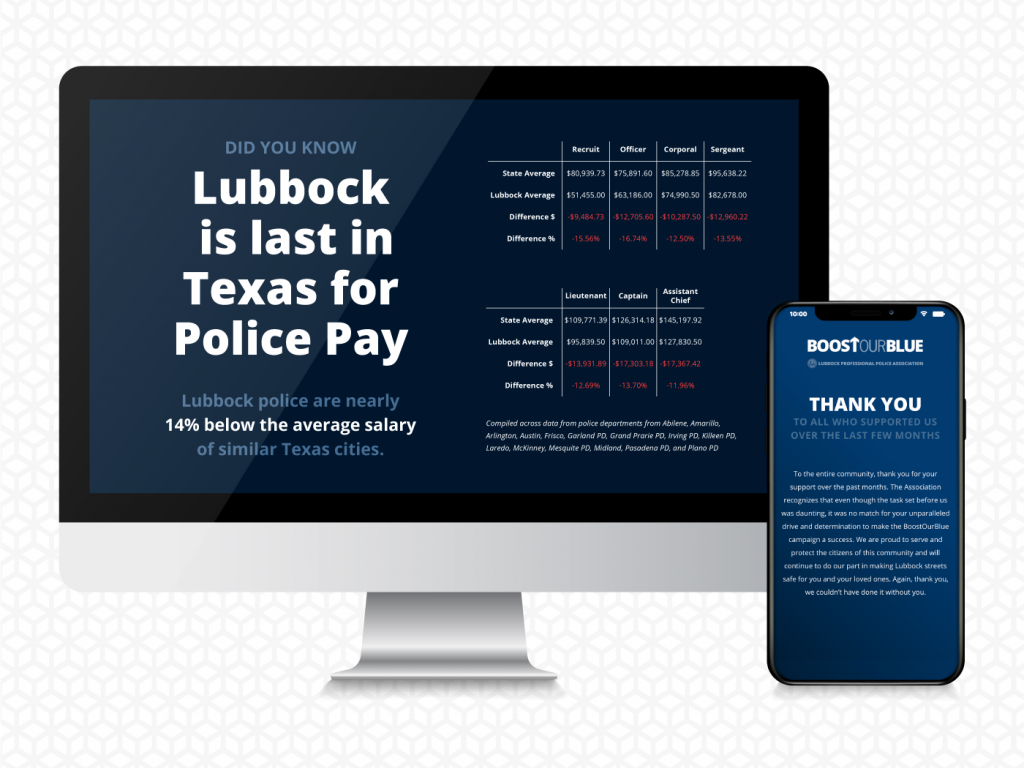