ARMtech Insurance Services is one of the nation’s largest crop insurance carriers, with agents all across the continent. ARMtech asked TPG to create a campaign to introduce the radical update of their AgriNet crop insurance software program. Our focus for the campaign was to show ARMtech’s extensive understanding of their agents’ needs and how AgriNet’s new interface and customization could help agents with their customers: farmers. We developed the theme, “Agent Wishes” to imply ARMtech’s insights about their agents while allowing us to feature the new AgriNet software platform in the form of granted wishes.

The AgriNet campaign was so successful that ARMtech engaged TPG for another print campaign. Building on their understanding of agents’ needs, we developed, “We Speak Farmer” as the campaign theme. 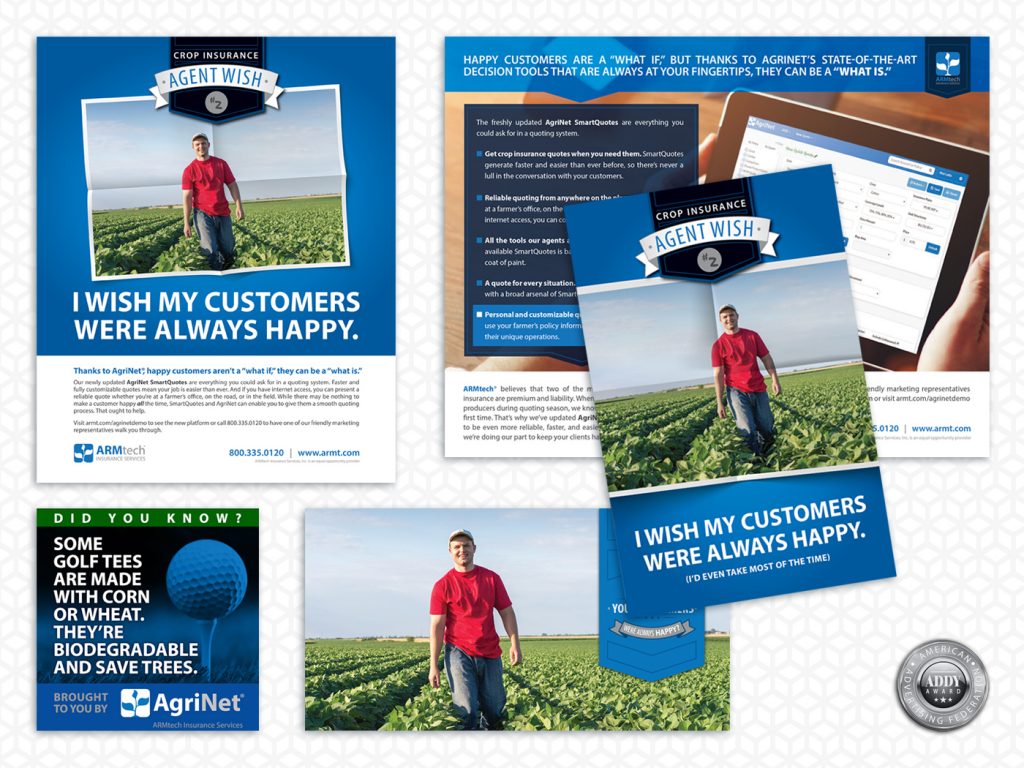 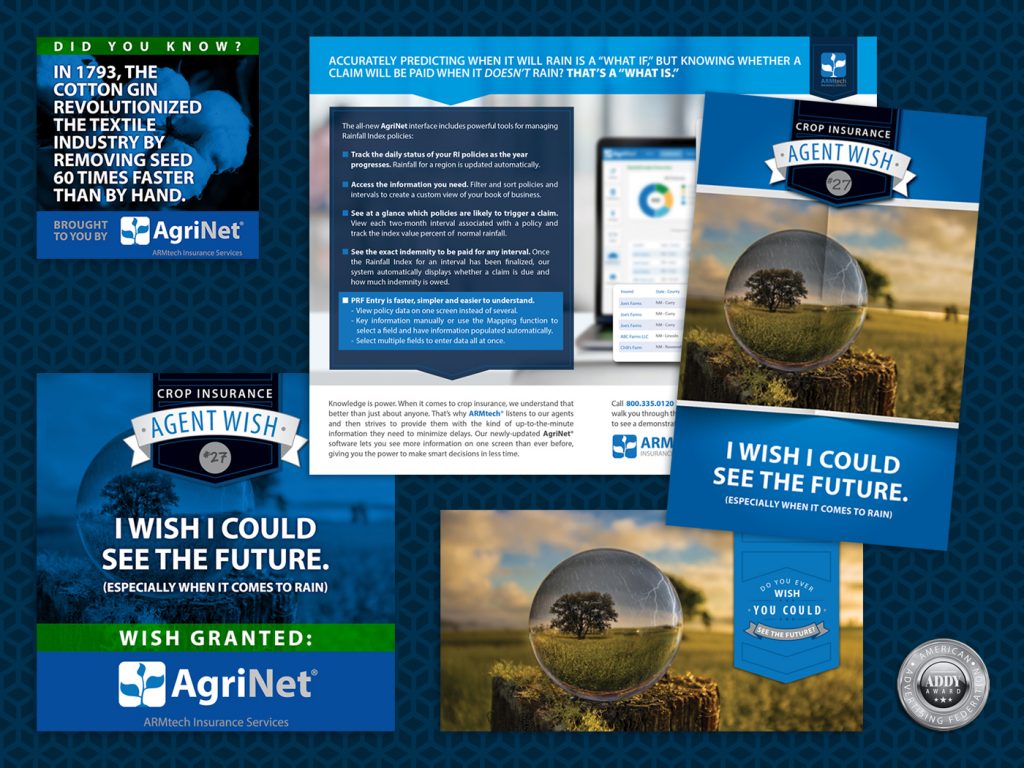 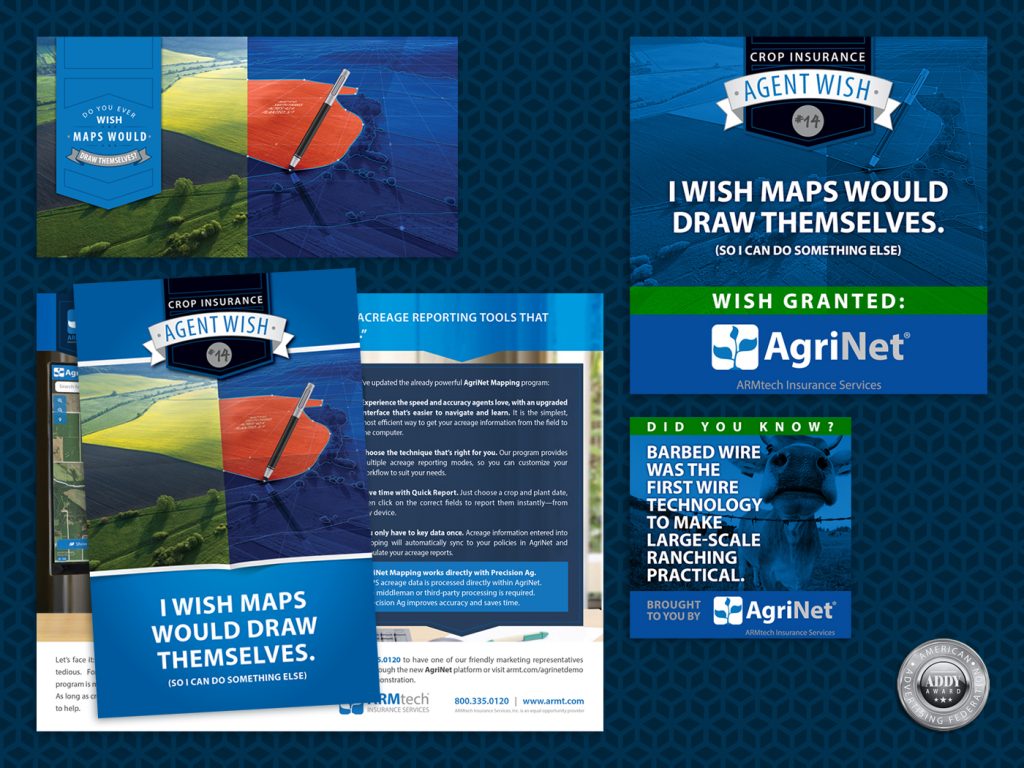 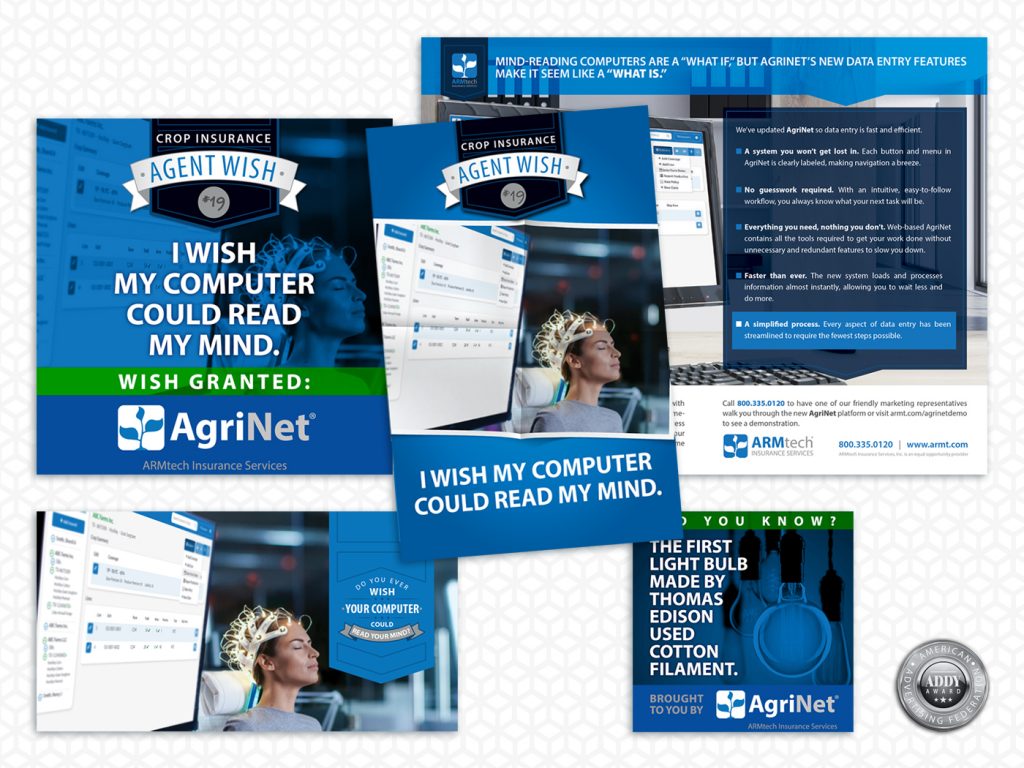 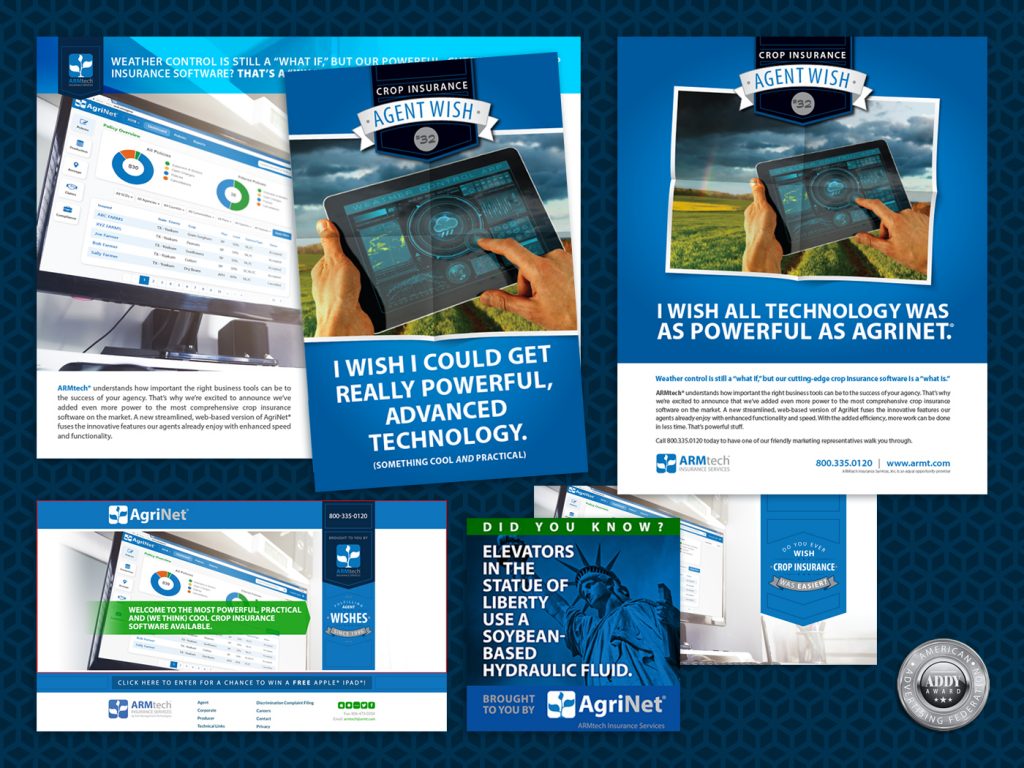 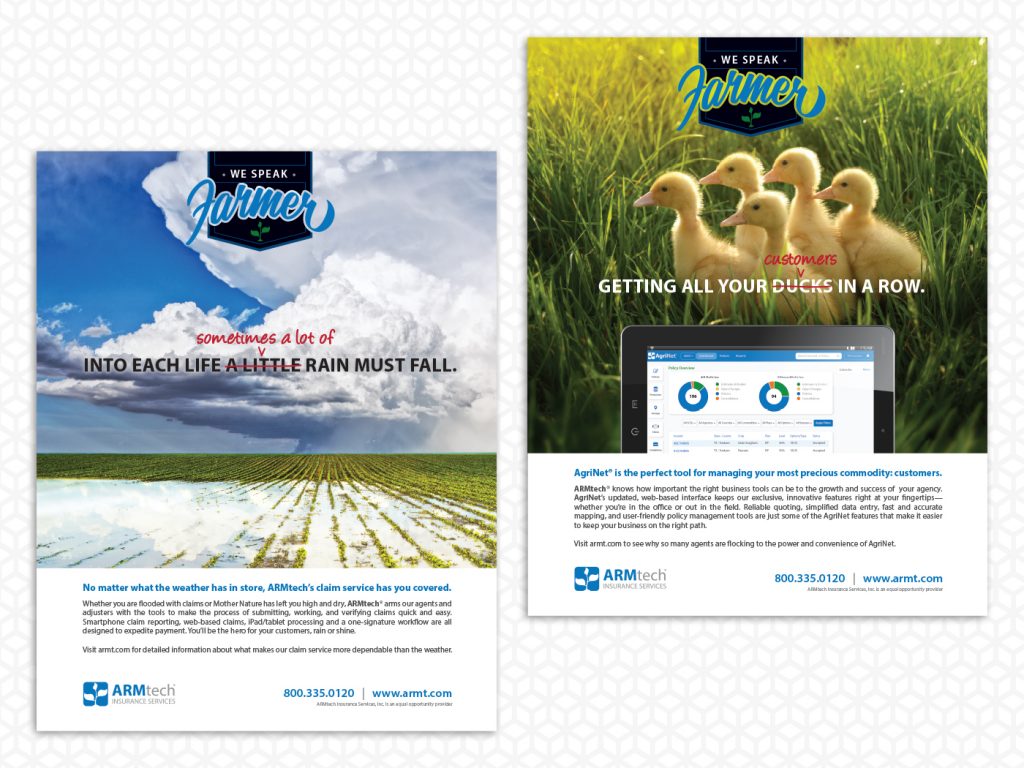